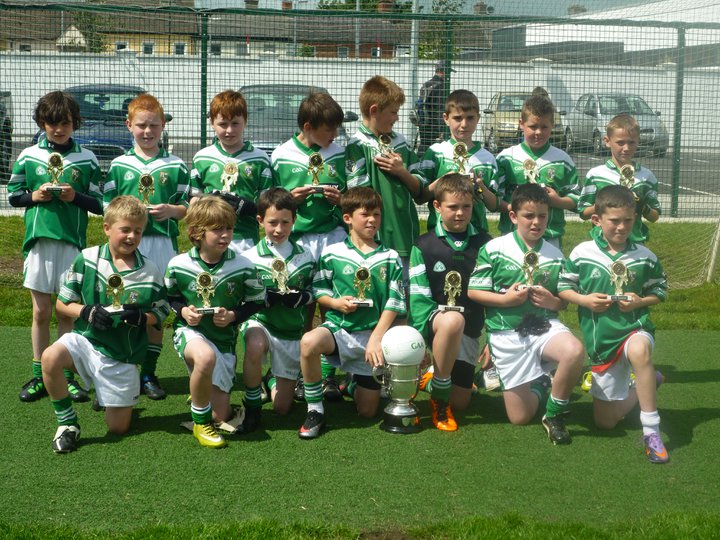 On Saturday 18th June our U10As travelled to Navan O’Mahony’s Tournament, sponsored by NYPD, seeking to retain the title that Moorefield won last year and also in 2008. This year all games were played in 11-a-side Go Games format with each panel comprising 15 players. Moorefield’s group also included Trim, Ratoath and St. Colmcilles from Duleek. In the first game against Trim, Moorefield ran out very easy winners. The second game against Ratoath was a much closer affair with Ratoath being a much bigger team. Despite trailing at half-time Moorefield came back to win by a solitary point. The third game against St. Colmcilles was also a close game with Moorefield winning by just 3 points in the end to top the group and qualify for the A Final. Navan O’Mahony’s topped the other group also comprising Kingscourt, Bailieboro and Wolfe Tones from just outside Navan.

The final proved to ne an excellent game of football. Moorefield were rattled early on by conceding 3 goals through defensive lapses while scoring 1 goal themselves. However the team kept their heads with Conor Moore, Cian Moore and Christopher Conlan kicking some great points to leave the score a t half-time, Navan 3 – 4 Moorefield 1 – 7. The game continued to be close fought on the resumption but Moorefield gradually took control with strong defense from Cathal Cribbin and further points from Conlan (he finished with 7 points in total, all from play) and a goal by Cian Moore. Two points by Ryan Finn and goals by Jamie Barry and captain Jack Casey left Moorefield 8 points clear, 4 – 13 to 4 – 5 at the final whistle to retain the title. Every one of the fifteen players on the panel contributed to great performances throughout the day. Our thanks to Navan O’Mahony’s for their superb organisation and the refreshments provided for players and supporters and who despite their disappointment at losing the final invited Moorefield back next year to bid for three in a row. 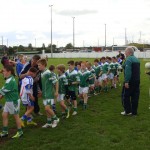 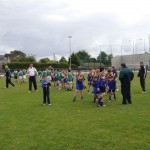 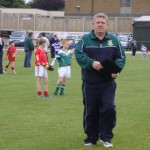 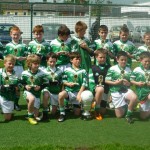 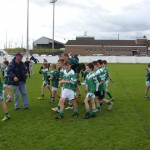 This entry was posted in Under 10. Bookmark the permalink.