Congratulations to the Moorefield Under 10 team who won the Navan O’Mahony’s tournament on 23rd June.
Management: Mick Meehan and Gerry Galvin 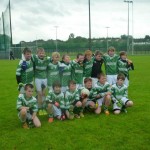 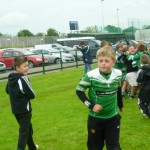 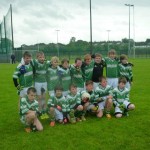 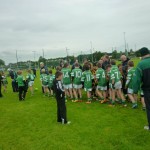 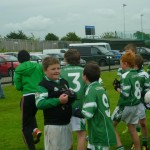 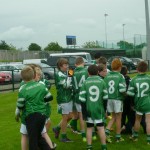 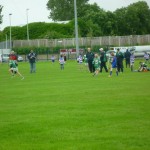 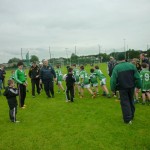 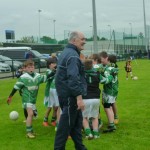 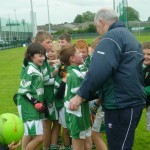 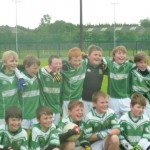 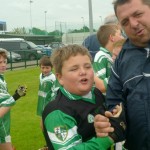 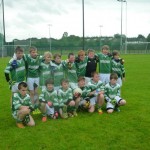 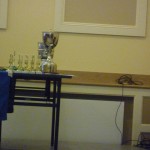 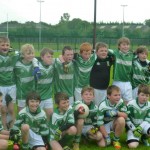 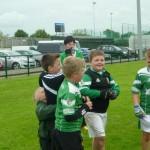 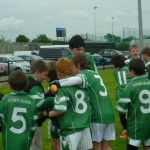 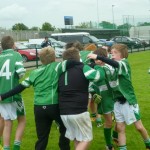 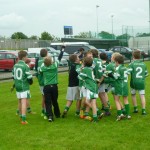 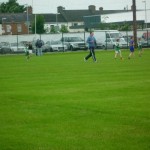 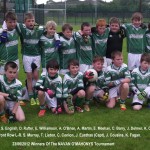 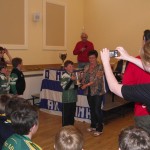 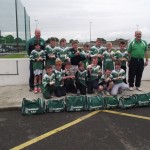 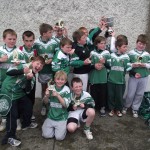 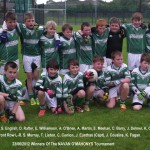 Our U10s completed the 3-in–a-row in winning the Navan O’Mahony’s NYPD sponsored Tournament for the John Joe McCabe Memorial Cup. It was Moorfield’s   4th time to win this tournament in the past 5 years winning all four of their 11-a-side 15 minute a half games. Moorefield’s opening game was against Trim which they won comfortably on a scoreline of 7-6 to 3-3. The second game was a much closer encounter against Ratoath with the final score of 2-9 to 1-6 in favour of Moorefield. The third game against St. Colmcilles was a cracking game and a closely fought first half ended with Moorefield just 2 points ahead on a scoreline 1-4 to 1-2 thanks in no small way to two fantastic saves by Cian Barry in goals. Moorefield responded to the half-time team talk by blitzing Colmcilles with 3 goals and 3 points within the first 5 minutes of the second half. The opposition never recovered and scored just 1 point in the second half leaving a final score of 5-9 to 1-3.

Apart from teamwork and a high workrate, highlights of the day were the safe handling of Cian Barry in goals, the strong defence and excellent blocking of  Kevin Fagan, Ciaran Conlan, Jack Cousins, Aidan O’Brien and Jake Delmar, the ball-winning, strong running and point scoring ability of Joe Eustace, Killian O’Shaughnessy, Sean Murray and Evan Williamson, the score taking, in particular goal scoring, of Aaron Martin, Eoin Meehan, Tadhg Liston, Sam English and Daniel Rafter. Well done to the full panel of 15 and their mentors, every one of whom played their part in a successful day.

This entry was posted in News Feed, Under 10. Bookmark the permalink.